The World of Voodoo
A dive into the invisible

Virtual Journey: The World of Voodoo is a virtual reality experience broadcast in the Château Vodou Museum located in Strasbourg.

Voodoo is a religion born and practiced in West Africa alongside religions like Christianity, Islam and Hinduism. The term voodoo means the “invisible world”. The name refers to all of the entities that inhabit this invisible world: the unknown, the incomprehensible, the elusive. The cult is focused on these forces at work in the world and places great importance on the places of ancestor worship.

The experience is made up of four chapters. It aims to introduce visitors to the reality of Voodoo worship by immersing them in ritual ceremonies practiced in West Africa and putting some of the objects present in the Museum in their religious context.

Fa Soothsaying: This soothsaying art from ancient Egypt came down the Nile before ending up in Ifé, Nigeria. It was then adopted by the Fon ethnic group in West Africa. The Fa makes it possible to decipher the forces at play with a throw of the shells or of peels from wild apples. Meaning is derived from the throw and recommendations are made. The Fa soothsaying ceremony is a key voodoo ritual allowing humans to communicate with deities.

Zangbeto Ceremony: The Zangbeto night guardians are controlled by a very respected Mask society. These Masks function as a secret police, hunting down criminals, as well as chasing thieves and evil spirits. They also play an important role in managing social problems in villages.

The Mami Wata Ceremony: The sea is an ambivalent element. It sometimes devours men, but also arbors water spirits connected to prosperity and fertility. The Mami Wata voodoo is a water divinity that brings abundance and good luck to its followers in exchange for their devotion.

The Kokou Ceremony: The Kokou voodoo is a powerful and fearsome warrior. Followers of this voodoo celebrate ceremonies that may contain violent scenes. They are dressed in a raffia wrap-skirt, their faces and bodies covered with a mixture of corn, eggs and palm oil. They dance to the rhythm of drums, cut their bodies with long knives and sometimes go into a trance. 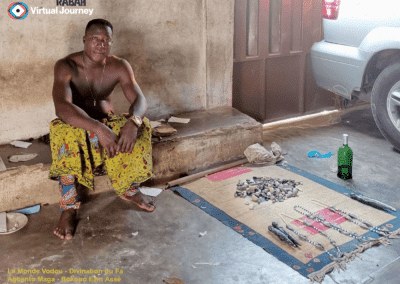 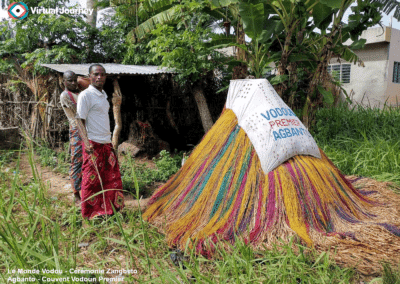 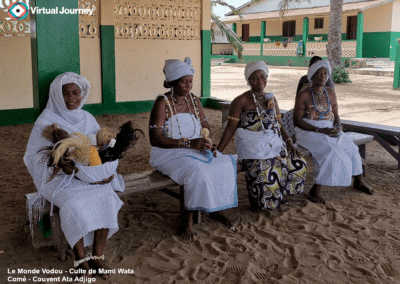 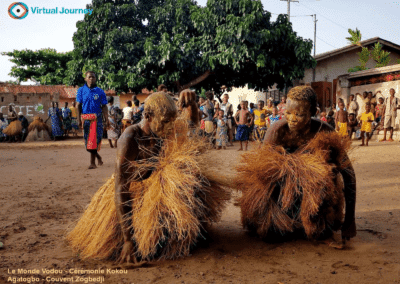 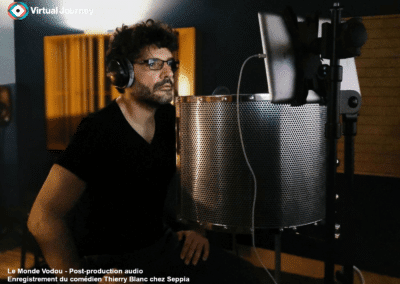 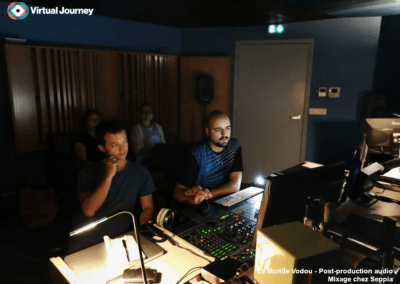 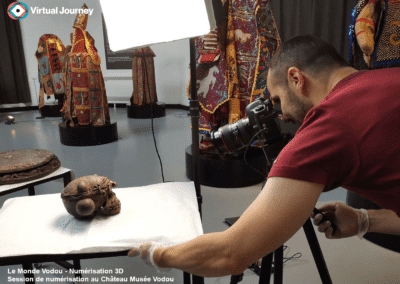 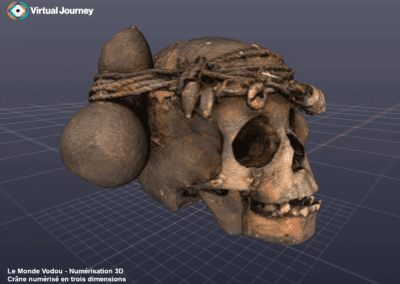 The World of Voodoo is a virtual reality experience produced by Virtual Journey in co-production with Seppia and Château Vodou Museum.

The original texts are written by Tawan Arun and Eric Morfaux . Virtual Journey called on Fouzi Louahem to produce the 360° images. Actress Natascha Ajlani and actor Thierry Blanc were chosen to lend their voices to the experience.

Some of the objects present in the Museum have been digitized in three dimensions. We plan to integrate these 3D objects into a future version of the experience. This work was carried out in partnership with Frédéric Larue, former research engineer from Geometric and Graphical Computing (IGG) team of the ICube research laboratory, University of Strasbourg.

Some objects that are too complex to digitize have been modeled and animated in three dimensions by Clément Kam, freelance 3D graphic designer.

The project benefits from financial support from the Grand-Est Region (AMI Culture and Digital Creation).

You can find out more about which cookies we are using or switch them off in settings.

This website uses cookies so that we can provide you with the best user experience possible. Cookie information is stored in your browser and performs functions such as recognising you when you return to our website and helping our team to understand which sections of the website you find most interesting and useful.

Strictly Necessary Cookie should be enabled at all times so that we can save your preferences for cookie settings.

If you disable this cookie, we will not be able to save your preferences. This means that every time you visit this website you will need to enable or disable cookies again.