Lady Liberty in Paris
When words and matter meet
In this project, Virtual Journey offers a tour of the Statue of Liberty at the end of the 19th century as it was being constructed in Paris.

Taking place only fifteen years apart, the French Revolution and the Declaration of Independence of the United States were inspired by the same ideals : Liberty and Enlightenment.

A century later, the French artist Auguste Bartholdi celebrates them by designing the Statue of Liberty: 96 meters high including the base, 225 tonnes of metal; an architectural and technical feat achieved through innovative manufacturing methods.

In 1884, the statue is erected in the middle of Paris before being dismantled and transported to New York Bay. During the few months of its French exhibition, Parisians come in droves to see the monument. On the 29th of November, the famous French poet Victor Hugo, comes to visit the workshops where the Statue stands. He is accompanied by his beloved granddaughter, Jeanne. She is a lively and curious child, as free in her movements as she is in her words. The architect Bartholdi acts as their guide.

This historic encounter was chronicled in the newspaper Le Temps in great detail.

By recreating this moment of history, the Lady Liberty experience delves into the origins of Bartholdi’s work, asking whether the symbols the Statue represents have been lost in time like the golden shine from the copper of which it is made. 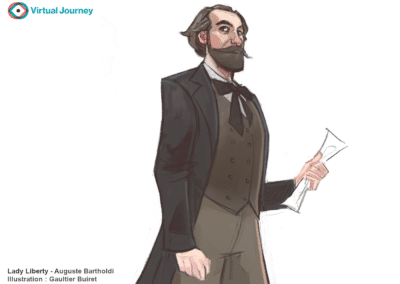 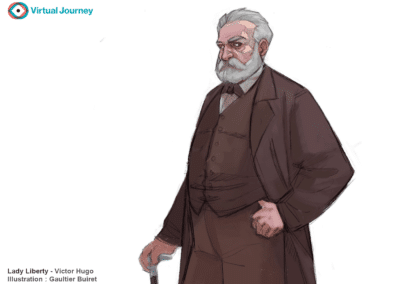 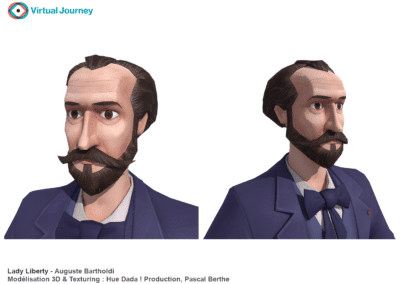 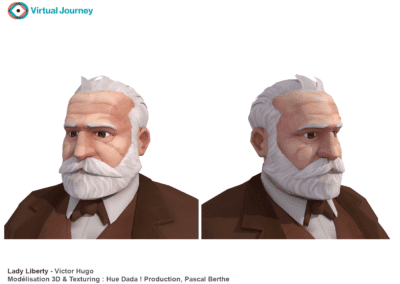 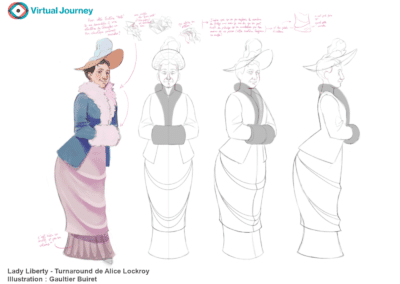 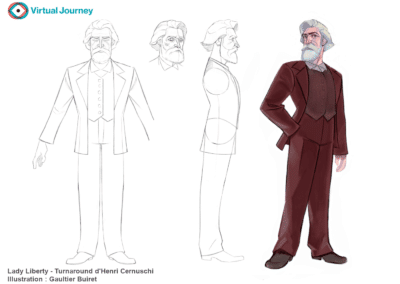 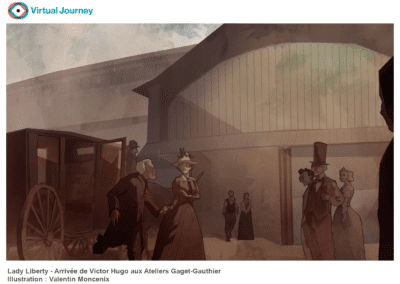 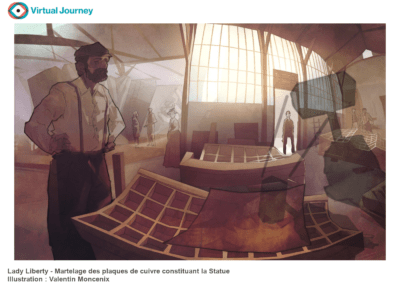 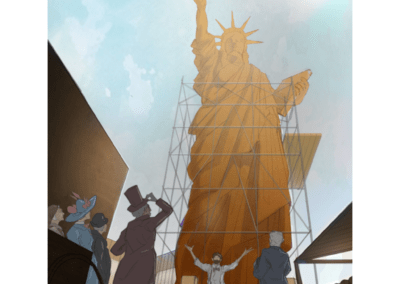 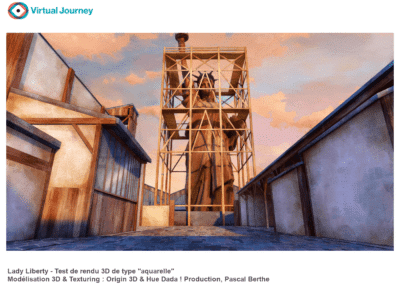 Partners & Supports
Lady Liberty is a virtual tour of the Statue of Liberty produced by Virtual Journey in co-development with Seppia. The original screenplay is written by Eric Morfaux. Virtual Journey calls on its partners Hue Dada ! Productions, Origin 3D and Holo3 for the artistic and technical realization.

The project benefits from financial support from the Grand-Est Region (AMI Culture and Digital Creation), the City of Paris (New Media Fund) and the National Center for Cinematography (Digital Experience Fund, Writing and Development).

You can find out more about which cookies we are using or switch them off in settings.

This website uses cookies so that we can provide you with the best user experience possible. Cookie information is stored in your browser and performs functions such as recognising you when you return to our website and helping our team to understand which sections of the website you find most interesting and useful.

Strictly Necessary Cookie should be enabled at all times so that we can save your preferences for cookie settings.

If you disable this cookie, we will not be able to save your preferences. This means that every time you visit this website you will need to enable or disable cookies again.